Before the 50 State Quarters® Program, the last time a design other than the eagle appeared on the back of the George Washington quarter was from 1975 to 1976. The U.S. Mint produced the Bicentennial Quarter for these two years. It is the first time that coins were minted 2 years in a row with the same date, the 1975 and 1976 quarters have the same dual dating (1776-1976), so it is impossible to tell the difference between them. 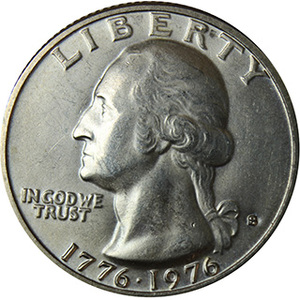 The reverse (tails) side of the quarter portrays a colonial drummer and a victory torch encircled by 13 stars, one star for each state in the Union at the time the Declaration of Independence was signed. 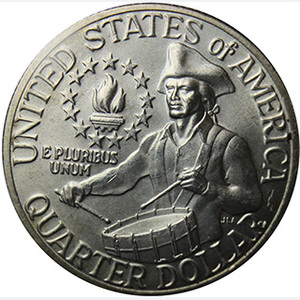