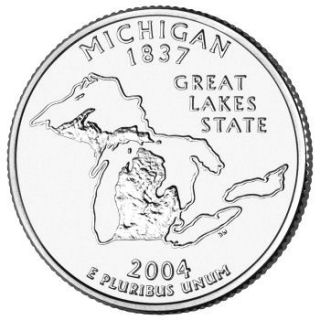 As indicated by the State's nickname, much of Michigan's history is tied to the Great Lakes - Superior, Michigan, Huron, Erie and Ontario. These are five of the world's largest lakes that, together, encompass more than 38,000 square miles and form the largest body of fresh water in the world. Michigan is the only State that borders four of the five Great Lakes, more than any other state. Standing anywhere in the State, a person is within 85 miles of one of the Great Lakes. To assist in navigating, Michigan has 116 lighthouses and navigational lights.